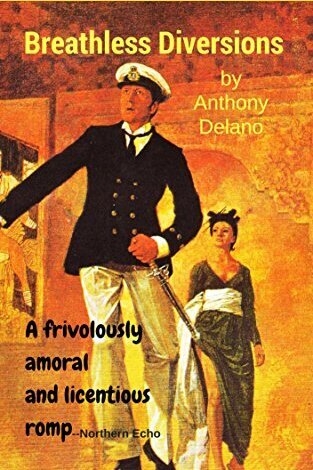 Few sons are blessed with a mother like Anatolia. Freed in girlhood from the sexual and political strictures of the Victorian Age, she makes it her mission to spread liberation among the haughty and powerful captains of the Queen's Navy. What Anatolia of the mysterious past wants most is a suitable father (or fathers!) for her son and the patronage to make him, in time, a British admiral. But Midshipman Algernon Block showed no inclination to fulfil his mother's ambition. With his fiddle in one hand and the other toying with his trouser-flap, he was undistracted by the new politics of revolution or the frenzied development of great steel fleets by countries heading towards war. Not until the Boxer Rebellion took him to Peking, and the fabulous erotic treasures of the Breathless Diversions, was Algernon galvanised into a worthy—and prosperous—son. How Algernon and Anatolia rearranged history is the theme of this hilariously entertaining, deliciously sexy novel of British seapower at the turn of the 19th century. It is Horatio Hornblower handled with outrageous camp and terrific pace and drive. n the South of France, married to Patricia, a literary scholar.The naval scenes are superb and Anatolia is a matchless heroine.