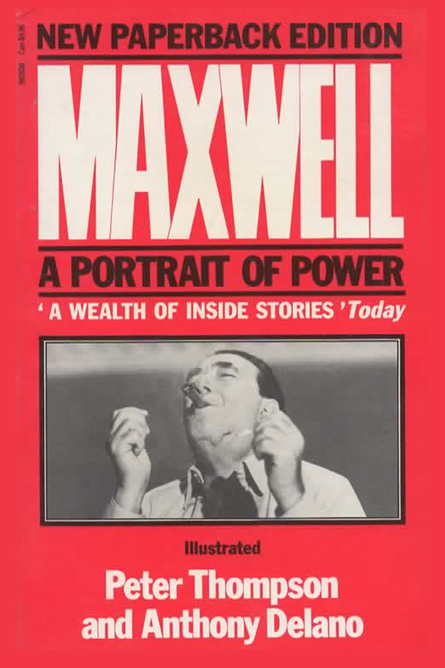 This is the very unauthorised biography written with Peter Thompson, former editor of the Sunday Mirror, before the notorious plunderer tumbled off his yacht and drowned. Recent developments have put the Maxwell name back in headlines, but the book is out of print and second-hand copies are expensive.

When it was published in 1988, Maxwell had it faxed to him page by page on his yacht in the Caribbean. Then he called his lawyers. They eventually listed thirty-two alleged 'libels', most of which were true if hard to prove. Oddly, there was no complaint about the disclosure that he decided to buy MGN only after he learned about the size of the pension fund from a source the book revealed.

The lawyers could not have known that he wanted the scheme as a private bank. The book was remaindered and Maxwell went on to commit the biggest fraud in British legal history.