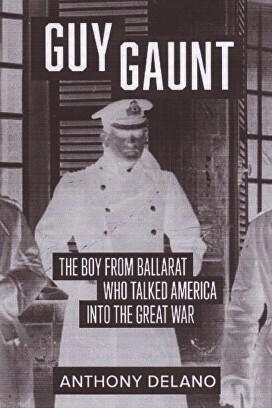 Guy Gaunt's infiltration of America's leadership changed the course of history. When the Great War began he was the British naval attaché in Washington, beached for recklessness at sea. Taking over a network of disaffected immigrants he thwarted all efforts by the powerful German-American establishment in the United States to stop America from supporting the Allies. The exposure of a sinister German underground showed President Woodrow Wilson that America could not remain neutral. The Foreign Office never forgave him for outclassing its fledgling Secret Service.

Toughened by early life in the turbulent Australian goldfields, Guy built a career by playing outside the rules. As well as dodging his way up the ranks of the Royal Navy, he married for money, snatched up a country estate, won a seat in Parliament and faked his disappearance to run off with the wife of the King's doctor.

His half-dozen siblings also made their mark in the world. Stirring accounts of her intrepid solo journeys across West Africa and China made the oldest, Mary, a literary star. The youngest, Lucy, ran Australia's first university college for women. Cecil became a colonel in a prestigious British regiment. Ernest, an admiral as Guy would also become, led his ships at the Battle of Jutland. Clive was the Crown Prosecutor of Burma, Lancelot a Singapore legal wizard. There was never a family like these Gaunts.

The others, however, could not outshine Guy. He was active again—new life, new wife—in World War II. But the Whitehall mandarins took a cruel revenge.